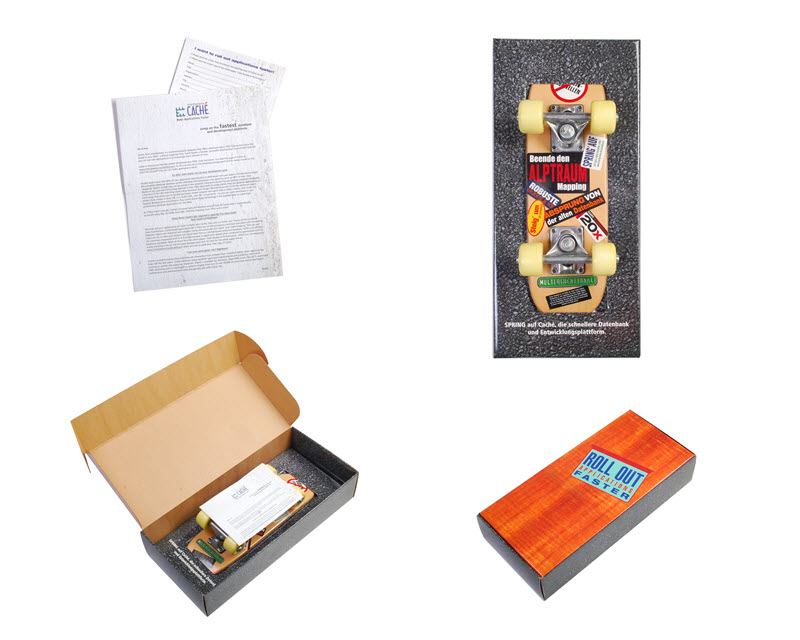 Shrink wrap was removed from the bottom of these mini skateboards and then nine stickers were affixed, each in a specific location to simulate the way a young person might affix stickers to a skateboard. Outer shipping boxes and platforms were formed and a cardboard pad (to give added stability) was placed in the bottom of the box. The skateboard was inserted into die cuts of the platform and a generic letter and BRC were placed on top of it. The box was closed and secured with three 3” wafer seals. A UPS shipping label was produced and affixed. (The stickers for this project were produced in three languages – Italian, German and English). Over 3,000 were packaged and shipped to various locations in Europe and 3,500 were shipped domestically, in varying quantities, over a four year period.